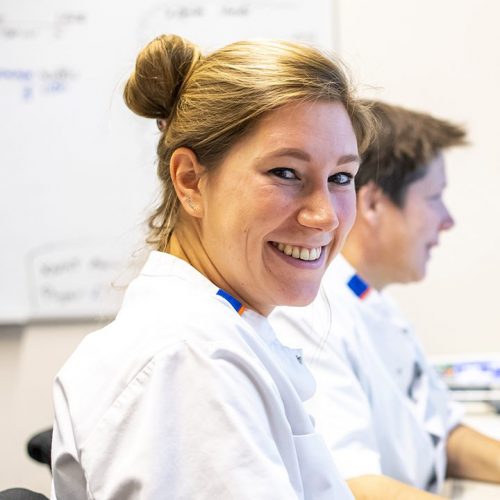 Patients with myocardial infarction are at risk of subsequent heart failure, which is determined in part by infarct size. Several therapies have been developed in an attempt to limit ischemic reperfusion injury and subsequently limit infarct size, including hydrogen sulfide. In a breaking presentation at the 2022 American College of Cardiology Conference today, Dr. Marie-Sophie de Koning (UMCG, Groningen) and his team presented “Sodium Thiosulfate in Myocardial Infarction” (GIPS-IV).

The GIPS-IV study (NCT02899364) was a proof-of-principle, randomized, double-blind, placebo-controlled, multicenter phase II trial investigating sodium thiosulfate (STS) in STEMI.  Patients with STEMI were treated with either STS (12.5g pre and post coronary angiogram) or placebo and were followed for up to 2 years. Cardiac MRI, BNP, and clinical status was assessed at 4 months and clinical events were also assessed at 2 years. All recruited patients were adults with STEMI, ongoing symptoms or ST deviation, and onset <12 hours prior to catheterization lab arrival. Some relevant exclusion criteria included prior MI, CABG, cardiomyopathy, or conditions which would obscure cardiac MRI.

A total of 380 patients were randomized, which 186 in the STS cohort and 187 in the placebo group. The mean age was 62; 41% of patients had an LAD culprit. The primary outcome was infarct size as measured by CMR at 4 months, which was not significantly different between cohorts. Secondary outcomes included LVEF, peak CK-MB, and NT pro-BNP, none of which were significantly different between groups. There were additionally no differences in clinical events at 4 months, including MACE, CV mortality, recurrent STEMI or NSTEMI, or stroke. With regards to safety events, patients treated with STS experienced more nausea (p<0.001, 22% vs 6%) and vomiting (p<0.001, 14% vs 2%).

When discussing the implications of the study at the ACC, Dr. de Koning stated: “Sodium thiosulfate is safe to administer in patients presenting with STEMI, but it does not reduce infarct size, despite promising pre-clinical evidence. Our results do not exclude STS as a whole as a potential cardioprotective therapy. Targeting ischemic reperfusion injury in humans remains challenging.”

Key Points High triglyceride levels are associated with increased cardiovascular risk, but whether reductions in… END_OF_DOCUMENT_TOKEN_TO_BE_REPLACED

Key Points: In the original CANTOS, patients with stable CAD post-MI with elevated CRP were… END_OF_DOCUMENT_TOKEN_TO_BE_REPLACED

Alarmingly Low Rates of Extraction for CIED Infection Despite National and International Recommendations: a Nationwide Observational Study among Over 10,000 Medicare Patients