The results of a real-world safety analysis showed that over a follow-up period of up to 11 years, there was no evidence of increased mortality in patients who underwent endovascular revascularization of peripheral vessels with paclitaxel-based drug-eluting devices (DED). In this analysis, led by Dr. Eva Freisinger published in the European Heart Journal, the investigators offer evidence that conflicts with the data that suggests paclitaxel-based DED is associated with increased mortality risk.

With the increased utilization of drug eluting devices (both drug-eluting stents and drug-coated balloons) for the endovascular treatment of peripheral vascular disease, paclitaxel has become a widely accepted coating substance. A recent meta-analysis that consisted of 28 randomized controlled trials with a total of 4,663 patients, 2,552 of whom were treated with a DED, showed that there was an increased risk of 5 mortality after 5 years in patients treated with a DED. However, the study had its limitations including a lack of long term follow up in many of the patients in that analysis. The investigators aimed to use real-world data to demonstrate whether or not DED was associated with an increased risk of mortality. 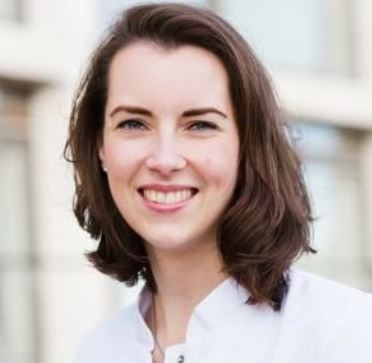 “Based on our analysis, from introduction to the market until present,the use of DED was not associated with exceeding death rates compared to non-DED. Therefore, our study debilitates current safety concerns resulting from previous findings.” – Dr. Eva Freisinger, M.D.

Using insurance claims from around 9.2 million patients in Germany, the investigators identified all patients who underwent endovascular revascularization (EVR) with either a balloon or stent. Patients were then stratified based on whether they received a balloon or stent, as well as whether the stent or balloon was drug-coated or not. Patients were then followed up to either death or the end of the follow-up period. The follow-up period ranged from 2 to 11 years and ended in 2017.

Based on this analysis, the use of drug eluted devices in endovascular surgery was not associated with an increased risk of death. The current study offers evidence to contradict past studies which indicated a possible increased mortality risk with DED use in peripheral artery disease. The investigators highlighted some of the strengths of this study. This was a large and comprehensive database that included real-world patients that included all patients from the time that DED was introduced. However, the study does have its limitations. The use of insurance claims does not provide information about the underlying reason for DED use. Therefore, a certain degree of selection bias is expected. Regardless, the evidence presented here conflicts with previous studies and may indicate that DED in endovascular therapy is potentially safe.

A recent meta-analysis of clinical trials with more than 100,000 patients has shown that the… END_OF_DOCUMENT_TOKEN_TO_BE_REPLACED