In the last three decades, observational studies have suggested an inverse association between serum 25-hydroxyvitamin D levels and risk of CVD events. Specifically, low vitamin D levels have been linked to an increased risk of myocardial infarction (MI), CVD mortality, stroke, and heart failure in case-control and other prospective epidemiologic studies.  Additionally, from a more physiological perspective, vitamin D receptors are found in vascular tissues, including vascular smooth muscle and the myocardium; therefore, directly influencing muscle relaxation, calcium influx and diastolic function.  Vitamin D also has effects on the renin-angiotensin-aldosterone system and parathyroid hormone which is capable of influencing endothelial function and arterial thrombogenesis.  In recent medical practice, vitamin D supplementation has increased in primary care settings in the United States.  Due to lack of sufficient data regarding cardiovascular benefits of screening and treatment of asymptomatic low vitamin D in adults, the U.S. preventative services has not recommended vitamin D supplementation to prevent CVD.  To understand this importance, a meta- analysis of randomized controlled trials (RCTs) to date was conducted to evaluate the association of vitamin D supplementation with reduced CVD events and all-cause mortality. 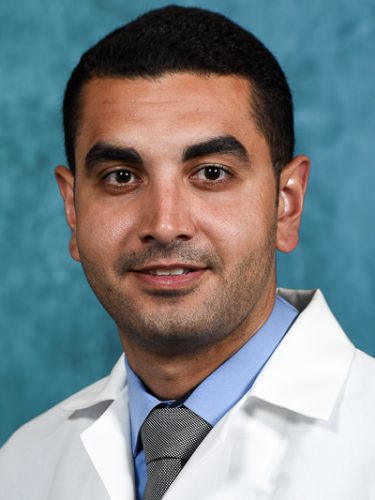 This meta-analysis study reviewed 7816 studies from databases, of which 7796 studies were excluded.  The remaining twenty-one RCTs were included in the final analysis.   In these twenty-one RCTs, 83291 patients were included, 41669 whom received vitamin D supplementation and 41622 of whom received placebo.  Only RCTs that evaluated long-term supplementation (≥1-year intervention) with vitamin D, with or without concurrent calcium and with cardiovascular outcomes, were included in this meta-analysis.  Any vitamin D or its analogue supplementation was qualified.  Studies that did not include cardiovascular outcomes were excluded after reviewing supplementary materials.  The primary endpoint was a composite of major adverse cardiovascular events (MACEs), as defined by each trial.  Secondary endpoints were MI, stroke/cerebrovascular accident (CVA), CVD mortality, and all-cause mortality. The longest available follow-up time was used for each trial in the analysis.  Vitamin D supplementation compared with placebo was not associated with reduced major adverse cardiovascular events (RR, 1.00 [95%CI,0.95-1.06]; P=.85) nor the secondary endpoints of myocardial infarction (RR, 1.00 [95%CI,0.93-1.08]; P=.92), stroke (RR, 1.06 [95%CI,0.98-1.15]; P=.16), CVD mortality (RR, 0.98 [95%CI, 0.90-1.07]; P=.68), or all-cause mortality (RR, 0.97 [95%CI,0.93-1.02]; P=.23).

In this comprehensive meta-analysis of RCTs evaluating the cardiovascular effect of vitamin D there was no association between vitamin D supplementation with reduced risk of incident MACE, MI, stroke/CVA, CVD mortality or all-cause mortality.  The findings suggest that vitamin D supplementation does not confer cardiovascular protection and is not indicated for this purpose.  Interestingly, a stratified analysis according to age showed a significantly reduced MACE rate with advanced age, because vitamin D supplementation in elderly people showed a trend toward lower CVD events.  This study has limitations to consider;  most of the included trials had not specified CVD as the primary end point and fell short for CVD events, the definition of MACE was variable in the included trials, a lack of patient level data and examination could not be performed on particular subgroups of interest.  In conclusion, the included trials, although different in their inclusion criteria, showed consistent findings of no significant benefit of vitamin D supplementation in reducing risks of MACE, MI, stroke, cardiovascular mortality or all-cause mortality.

Key Points High triglyceride levels are associated with increased cardiovascular risk, but whether reductions in… END_OF_DOCUMENT_TOKEN_TO_BE_REPLACED