In an original investigation done by Dr.Wen-Yi Yang and his team, the results of which got published in JAMA, concluded that raised 24-hour and nighttime blood pressure (BP) readings are linked to increased risk of death and composite cardiovascular outcomes significantly. They considered it to be an optimal way of measuring risk but noted the difference was small for the improvement in the model.

There are many ways and indices to have an assessment of BP levels that is recognized as a critically important risk factor in cardiovascular mortality but which exact BP index is important and subsequently helps in determining CV outcomes was unclear. Ambulatory BP monitoring was considered as a preferred method in North American, European, Japanese, and Chinese guideline and automated office machines replaced ambulatory BP but the strength of association to adverse effects was unknown. Dr. Yang and his team conducted this study to address the effect of various types of BP indices with CV mortality. 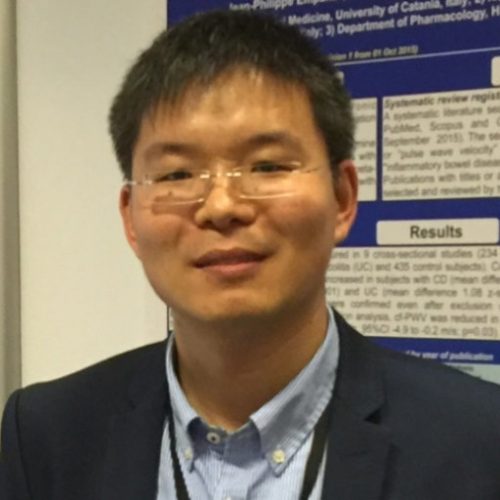 “In this population-based cohort study, higher 24-hour and higher nighttime BP, compared with other BP indexes, were associated with greater risk of all-cause mortality and a composite cardiovascular outcome. These associations remained significant after adjusting for conventional and automated office BP and after adjusting for the daytime BP and dipping ratio or status. The current population-based study confirmed previous research, indicating that ambulatory BP monitoring over and beyond measures taken in clinicians’ offices improved risk stratification among patients with or those suspected of having hypertension. It strengthened the notion that nighttime BP measures carry valuable prognostic information.”- Dr. Wen-Yi Yang M.D., Ph.D.

Dr. Yang performed this population-based cohort study and collected data from the International Database on Ambulatory Blood Pressure in Relation to Cardiovascular Outcome(IDACO) database and included those having ambulatory BP readings along with CV risk factors available at baseline from May 1988 to May 2010. The portable monitors took the readings at every 30 minutes whole day or every 15 to 30 minutes during daytime and 20 to 60 minutes during the nighttime. The primary endpoints were total mortality and a composite cardiovascular event consisting of cardiovascular mortality combined with nonfatal coronary events, heart failure, and stroke. The Kolmogorov-Smirnov test for assessing the normality of distributions. For comparison of means and proportions, the large-sample Z test and Fisher exact test were used respectively and multivariate Cox regression analysis was used for stratification of baseline characteristics. After excluding, 11135  people were analyzed with a median follow up of 13.8 years. In the 153 140 person-years of follow-up, 2836 participants died (18.5 per 1000person-years) and 2049experienced a composite cardiovascular event (13.4 per 1000 person-years) and the association between systolic BP and the primary outcomes were all statistically significant (P < .001). With adjustment for any of the other systolic BP indexes, the associations of nighttime and 24-hour systolic BP with the primary outcomes remained statistically significant (HRs ranging from 1.17 [95%CI, 1.10-1.25] to 1.87 [95%CI, 1.62-2.16]). After adjusting for 24-hoursystolic BP, the HR for the nighttime systolic BP readings for total mortality was 1.24 (95% CI, 1.14-1.36), and for all cardiovascular events, the HR was 1.16 (95% CI, 1.05-1.28). Adjustment for the nighttime systolic BP did not remove the statistical significance of the association of the conventional or automated office systolic BP or with the daytime or 24-hour systolic BP with the composite cardiovascular outcomes.  When 24-hour systolic or diastolic BP was added, it improved model performance in that indexes resulted in incremental improvements in AUC of0.0013 to 0.0027 or total mortality and 0.0031 to 0.0075 for the composite cardiovascular outcome. 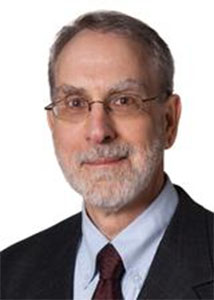 “Using a rigorous assessment of ABPM in more than 11 000 adults, higher 24-hour and nighttime BP were significantly associated with greater risks of death and a cardiovascular outcome, consisting of cardiovascular mortality combined with nonfatal coronary events, heart failure, and stroke. The association persisted after adjusting for other office-based or ambulatory monitoring–derived BP measurements, all of which were also associated with the adverse outcomes. This is important information for patients and clinicians as they determine how to use the large amount of BP data from ABPM. Based on these findings, it is reasonable to consider the 2 most clinically relevant measurements from ABPM to be the 24-hour BP and the nighttime BP. Either could be used to justify the treatment of BP that is above the treatment threshold. Most important is to obtain an accurate measurement from every patient and to initiate and monitor treatment when indicated.”- Dr. Philip Greenland, MD (Editorial)

The study by Yang et al had several limitations in that involved reading clock based readings as a diary approach and also the intake of antihypertensive treatment was recorded only at baseline and was not adjusted to time during follow up. The investigators mentioned that there is a possibility of misclassification bias in CV endpoints and also that some patients were time-weighed only for 3 readings for nighttime BP measurement. Dr. Greenland in his editorial comment adds about the impact of the study on clinical practice, “This is important information for patients and clinicians as they determine how to use the large amount of BP data from ABPM. Based on these findings, it is reasonable to consider the 2 most clinically relevant measurements from ABPM to be the 24-hour BP and the nighttime BP. Either could be used to justify the treatment of BP that is above the treatment threshold. Most important is to obtain an accurate measurement from every patient and to initiate and monitor treatment when indicated.”

Key Points High triglyceride levels are associated with increased cardiovascular risk, but whether reductions in… END_OF_DOCUMENT_TOKEN_TO_BE_REPLACED