It goes without saying that refractory out of hospital cardiac arrest (OHCA) is associated with very poor outcomes. In recent decades, E-CPR, or the combination of veno-arterial ECMO and mechanical CPR, has emerged as a potential mitigator of refractory OHCA to improve survival. Given the difficulties in design and enrollment of randomized trials in the OHCA space, however, definitive data favoring the use of E-CPR had yet to be established. 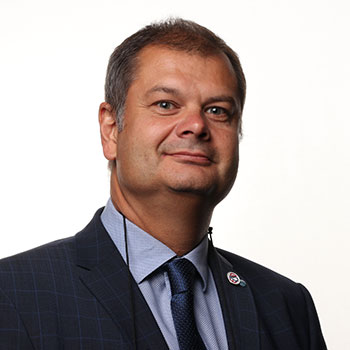 In a Late Breaking Clinical Trials Session at the 2021 American College of Cardiology Scientific Sessions, Dr. J. Belohlavek of the Charles University in Prague presented the results of Prague OHCA, a 7-year trial comparing E-CPR to standard ACLS in refractory OHCA. Patients with a presumed cardiac cause of their OHCA were electronically randomized to a hyperinvasive or standard approach to ACLS during bystander chest compressions. The hyperinvasive approach consisted of a rapid transfer to a hospital center with mechanical CPR and/or the implantation of veno-arterial ECMO could be implemented. Standard of care remained at the discretion of the responders but would include manual chest compressions and progression of ACLS.

The difficulty in conducting such a trial is highlighted by their enrollment: Out of 4345 evaluated, only 264 were actually randomized, representing 6% of the initial population. Participants were almost exclusively male, with a mean age of 57 years, and two-thirds having arrested due to cardiac causes. The primary endpoint was defined as 6-month survival with adequate cerebral performance category ≤3.

“While the primary endpoint of survival with neurologic recovery did not meet statistical significance, it is clearly an important trend”, said Julia Indik, MD, PhD, Professor of Medicine at the University of Arizona College of Medicine. She proceeded to state that the benefit of a hyperinvasive strategy is amplified in those who received compressions for more than 45 minutes, which could inform our practice going forward.

The limitations of this study lie in its generalizability: 99% of participants in either arm received bystander CPR, a figure that far exceeds rates in the rest of the world. Also, higher than expected was the rate of survival in the standard arm at 22%. “A byproduct of training the emergency medical teams to conduct the hyperinvasive protocol is that they also achieved extraordinarily good results among patients who received standard ACLS,” said Dr. Belohlavek in response to these findings.

Role for Omecamtiv Mecarbil in Pts with EF <35%