There may soon be an expanded role for implantable cardiac monitors. While already in use for the detection of arrhythmias in symptomatic patients, implantable cardiac monitors have now been proven effective in the early detection of arrhythmias in post-myocardial infarction patients as well. In a Hot Topic session during the inaugural day of The European Society of Cardiology 2021 Congress, Dr. Axel Bauer presented the results of the anticipated SMART-MI-ICM trial, which demonstrated just that.

Prior studies assessing post-MI patients with depressed left ventricular function suggested that arrhythmias preceded cardiovascular events. Unfortunately, these arrhythmias were often subclinical and did not prompt patients to seek medical care. As such, the authors hoped to understand whether the implantation of cardiac monitors would allow for earlier detection of such arrhythmias, and prevention of adverse cardiac events.

SMART-MI is a prospective, randomized, open-label trial that was conducted in 33 centers across Germany and Austria over the course of five years. Patients who survived heart attacks with subsequent moderately reduced left ventricular systolic function (LVEF 36-50%), as well as cardiac autonomic dysfunction, were enrolled.  400 participants were enrolled and randomized in a 1:1 fashion to either receive the implantable cardiac monitor, or continue with conventional post-MI therapy.

The primary endpoint of the study was time to detection of serious arrhythmic events. The rationale of the authors was to include all arrhythmias that are associated with adverse cardiac events and would trigger appropriate therapies in someone with an implantable cardioverted defibrillator.

Patients were followed for mean duration of 21 months, during which time the primary endpoint occurred in 29.9% of patients in the ICM group vs. 6% of patients in the control group (HR 6.3; 95% confidence interval [CI] 3.4–11.8; p<0.0001). Importantly, regardless of the method of detection, serious arrhythmic events were predictors of major adverse cardiovascular and cerebrovascular events in both groups Furthermore, the secondary endpoint of major adverse cardiovascular and cerebrovascular events (MACCE) in both groups: with a hazard ration of 6.8 in the ICM group (95% CI 2.9–16.2; p<0.001) and 7.3 in the control group (HR 7.3; 95% CI 2.4–22.8; p<0.001). 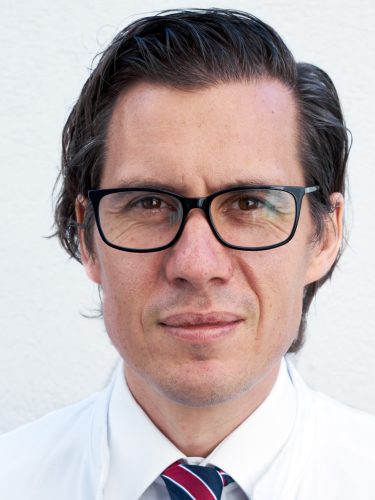 When asked about the findings of the study, Dr. Bauer concluded that the benefit of ICMs in this patient population comes from the fact that arrhythmias were three times more likely to be detected, and still just as likely to confer an adverse event.  Patients in the ICM group were had a higher number of therapeutic measures as well, including pacemaker or ICD implantation, electrophysiologic studies, catheter ablations and/or oral anticoagulation. “The next step is to determine which arrhythmias portend which adverse events,” said Dr. Bauer when asked about the future of these findings, “we know, for example that Atrial fibrillation can lead to a heart failure hospitalization, but we need to take a detailed look at specific treatment algorithms for patients with moderately reduced LVEF and cardiac arrhythmias”.

While we may be a long way from expanding the use of ICDs to this patient population, the findings of this study are likely to nudge Cardiologists to take a more proactive role in detecting arrhythmias in these post-MI patients, because despite an only moderate reduction in their systolic function after MI, they remain at heightened risk for adverse events.

A recent trial by Dr. Oussama M. Wazni, published in the New England Journal of… END_OF_DOCUMENT_TOKEN_TO_BE_REPLACED