A randomized multi-center trial which enrolled 1000 patients from 71 centers around the world has shown that in patients with severe aortic stenosis who are at low surgical risk, the rate of the composite of death, stroke, or rehospitalization at 1 year is significantly lower with transcatheter aortic valve replacement (TAVR) than with surgery.
Results from the PARTNER3 (Placement of Aortic Transcatheter Valves 3) trial at 1 year were presented at the ACC annual scientific session 2019. The mean age of the patients enrolled in the trial was 73 years with an operative mortality < 4% (low operative risk) for surgical aortic valve replacement (SAVR). Patients were randomized in a 1:1 ratio receive either transcatheter heart valve replacement (TAVR) via femoral route with the Edwards SAPIEN 3 or aortic valve replacement with a commercially available surgical bioprosthetic valve. The investigators then performed a survival curve analysis using Kaplan-Meier curve and the results showed that the rate of the primary composite end point at 1 year was significantly lower in the TAVR group than in the surgery group (8.5% vs. 15.1%; absolute difference, −6.6 percentage points; 95% confidence interval [CI], −10.8 to −2.5; P<0.001 for noninferiority; hazard ratio, 0.54; 95% CI, 0.37 to 0.79; P=0.001 for superiority). This has been a milestone achievement in the world of aortic valve surgery and the results solidify the utilization of minimally invasive approach for low surgical risk patients suffering from severe aortic valve stenosis who were previously being treated with surgery.

Surgical aortic valve replacement (SAVR) is the standard of care for low risk patients presenting with severe aortic valve stenosis. Whereas TAVR has been shown to be superior as compared to surgical aortic valve replacement (SAVR) in intermediate and high risk patients in previous randomized controlled trials, the effectiveness and safety of TAVR in low risk  patients remained to be tested, which was successfully demonstrated by Dr. Michael and colleagues in the pivotal PARTNER-3 trial. The primary end point was a composite of all-cause mortality, stroke and rehospitalization at 1 year. It was found that the primary end point occurred in 42 patients in the TAVR goup (8.5% of the patients) and 68 patients in the SAVR group (15.1%). TAVR was shown not only to be non-inferior but also significantly superior to SAVR in low risk patient population. Data from individual components of the primary end point showed that all-cause mortality occurred in 1% of TAVR patients compared to 2.5% in the SAVR group, stroke occurred in 1.2% of TAVR patients versus 3.1% of SAVR patients and rehospitalization was found to occur in 7.3% of TAVR patients as compared to 11% of SAVR patients confirming the robustness of the results. Secondary endpoints included stroke, a composite of death or stroke, and new-onset atrial fibrillation at 30 days, as well as the length of the index hospitalization and a poor treatment outcome, which was a composite of death or a low Kansas City Cardiomyopathy Questionnaire (KCCQ) overall summary score. At 30 days, TAVR resulted in a lower rate of stroke than surgery (0.6% vs. 2.4%; hazard ratio, 0.25; 95% CI, 0.07 to 0.88; P=0.02), lower rates of death or stroke (1.0% vs. 3.3%; hazard ratio, 0.30; 95% CI, 0.11 to 0.83; P=0.01) and new-onset atrial fibrillation (5.0% vs. 39.5%; hazard ratio, 0.10; 95% CI, 0.06 to 0.16; P<0.001), and in addition resulted in a lower risk of a poor treatment outcome (death or a low KCCQ score) at 30 days (3.9% vs. 30.6%, P<0.001). Mild paravalvular aortic regurgitation occurred at a higher incidence in the TAVR group. The incidence of moderate to severe aortic regurgitation was rare (<1%) and similar between treatment groups. 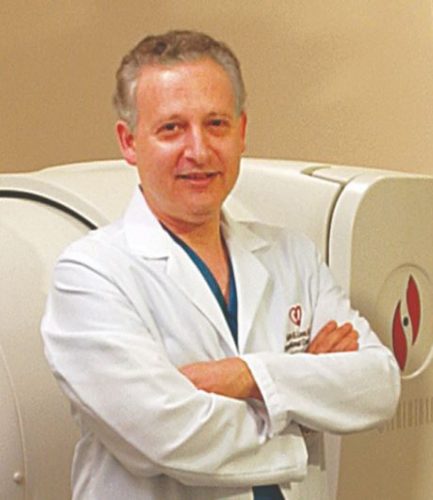 “This represents the culmination of 12 years of work. This the most important randomized trial we’ve done, because it really involves 80% of the patients that are currently getting aortic valve replacement for aortic stenosis. The take home message is that there was a 46% reduction with TAVR versus surgery in the primary triple end point of death, stroke and rehospitalization. We were surprised how well TAVR performed in these low risk patients. Our findings in low-risk patients suggest that the value of TAVR as compared with surgery may be independent of risk profiles. The TAVR era has just begun!”– Dr. Martin B. Leon said in an interview with Dr. C. Michael Gibson in New Orleans at ACC 2019 Scientific Session.

In terms of limitations, the most important, according to the investigators was the fact that the current results reflect only short term outcomes at 1 year and the question of long-term structural durability of the valves remain to be elucidated. The trial protocol requires the low risk patients to be followed for at least 10 years to assess long term outcomes. Another limitation was unblended end point adjudication, which may have introduced bias. In addition, the trial results can only be applied to defined trial population (excluding patients with bicuspid valve, difficult transfemoral access, severe coronary disease, unfavorable anatomy) and the findings cannot be extrapolated to TAVR performed by other valves and less experienced operators. Moreover, the analysis did not account for the rate and relevance of asymptomatic valve thrombosis. 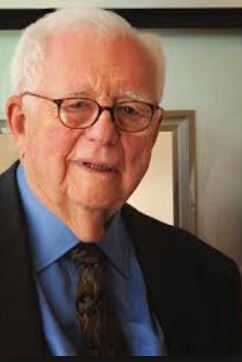 “The presentation of both trials is a historic moment, one that cardiologists are unlikely to forget. We’re going to tell our grandchildren and great-grandchildren that we were there when this incredible advance in the care of patients with aortic stenosis was presented.”

The results of the STOP-DAPT 2 randomized controlled trial were presented by Dr. Hirotoshi Watanabe… END_OF_DOCUMENT_TOKEN_TO_BE_REPLACED