In an original investigation by Dr. Alexander R. van Rosendael et al recently published in JAMA Cardiology, it was found that the higher-density calcified plaque, referred to as 1K plaque was associated with a reduced risk for future Acute Coronary Syndromes (ACS). The authors also support the hypothesis of plaque stabilization with coronary calcium with the results of this analysis of Incident Coronary Syndromes Identified by Computed Tomography (ICONIC) study and are considerate of different risk stratifications that can be detected in atherosclerotic plaque beyond its burden.

Dr. Rosendael and his team of investigators conducted this analysis of ICONIC study to find out whether the density of coronary calcified plaque is associated with the future development of ACS.  This is a multicentric, nested, prospective case control-cohort study that drew patients from CONFIRM (Coronary CT Angiography Evaluation for Clinical Outcomes) registry that was done in 8 countries in Europe and North America. The patient who experienced ACS were matched at the site with those who didn’t experience ACS. Patients who were excluded from the study were those who had insufficient adjudicated data for site-reported ACS, ACS  in revascularized coronary segments, and Coronary Computed Tomography Angiography (CCTA) scans with insufficient image quality. Patients/controls older than 75 yrs were also excluded. For the adjudication of ACS, WHO definition and third universal definition of Myocardial infarction and unstable angina were followed., and by the core-lab read and verified CCTA scans. The plaque composition was defined as necrotic core, fibro-fatty, fibrous, and calcified, using Hounsfield units(HU): 30 or less, 31 to 130, 131 to 350, and more than 350, and additional calcification subgroups were created by calculating plaque strata starting from351 HU: 351 to 700, 701 to 1000, and more than 1000 HU which was referred to as 1K plaque and resembled very dense calcification. 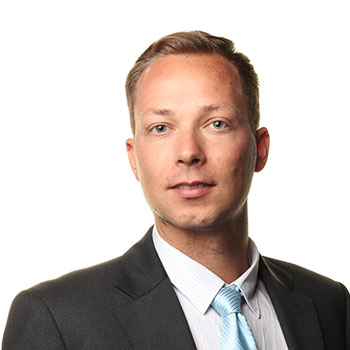 “We believe these results support the identification of varied atherosclerotic plaque features associated with low risk to high-risk prognostic results. For 1K plaque, these results support the hypothesis that higher-density plaque signifies stability and a reduced occurrence of ACS. However, the findings of this study are merely suggestive; prospective studies should confirm our observations. Clinically, the findings of lower risk for a per-lesion and per-patient volume of 1K plaque can help refine risk stratification beyond the coronary plaque burden. In addition, the burden of 1K plaque may serve as a surrogate marker of risk for clinical outcomes in serial CCTA studies.”-Dr. Alexander R. van Rosendael, MD

The team of investigators noted that the study had some limitations such as selection bias and unaccounted confounders as the study population were drawn from a large observational CONFIRM registry, people older than 75 years were excluded, absence of post- CCTA medication use and the HU was not standardized for luminal contrast attenuation and kilovolt during acquisition. 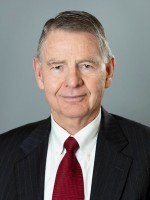 “The ICONIC authors concluded that measurement of 1K plaque may improve risk stratification beyond plaque burden. We agree but wonder whether it will have any therapeutic implications. Patients with known CAD should receive maximal preventive therapy in any case. However, new attention to the associations of plaque density may be useful. The authors note one such association, that good evidence suggests that statins increase calcification and reduce necrotic core volume, presumably stabilizing plaque”-Dr. Michael H. Criqui, MD, MPH

In their editorial comment, Dr. Michael H. Criqui et al highlights the strength of study for the inclusion of qualitative coronary atherosclerotic extent based on CCTA in propensity matching. He also mentions the striking result was the higher number of high attenuation plaques, >1000 Hu termed as 1K plaque. They agree to the conclusion of the study but wonder about the therapeutic implications.

A recent trial by Dr. Jordana B Cohen, published in The LANCET, indicated that consistent with international… END_OF_DOCUMENT_TOKEN_TO_BE_REPLACED