This prospective, multicenter, open-label, randomized trial aimed to assess the use of transcatheter mitral valve repair in heart failure (HF) patients with mitral regurgitation due to left ventricular dysfunction. A total of 614 patients were randomized to either receiving guideline-directed medical therapy (GDMT) alone or GDMT in addition to transcatheter mitral-valve repair. The primary efficacy endpoint was all hospitalizations due to heart failure at 24 months of follow-up, while the primary safety endpoint was freedom from device-related complications at 12 months of follow-up. The study showed that the device group had a lower risk of hospitalization for HF (HR 0.53, 95% CI 0.4-0.7) and all-cause mortality (HR 0.62, 95% CI 0.46-0.82) at 24 months. Moreover, the rate of freedom from device complications at 12 months was 96.6% which exceeded the prespecified safety threshold.

“In this trial, device-based treatment resulted in a significantly lower rate of hospitalization for heart failure, lower mortality, and better quality of life and functional capacity within 24 months of follow-up than medical therapy alone. In addition, the rate of freedom from device-related complications with transcatheter mitral-valve repair exceeded a prespecified objective performance goal.”- Dr. Gregg W. Stone, M.D.

In this trial, Steg and his colleagues aimed to evaluate the effect of Alirocumab on long-term cardiovascular outcomes in (acute coronary syndrome) ACS patients. A total of 18,924 patients who were ≥ 40 years of age, and had a median baseline LDL level of 87 mg/dl were randomized to receive Alirocumab subcutaneously every 2 weeks or a matched placebo. After a median follow-up of 2.8 years, Alirocumab demonstrated a statistically significant 15% reduction in the hazard of major adverse cardiovascular events (MACE) and all-cause mortality, with an absolute risk reduction of 1.6 percent and 0.6 percent, respectively. While Alirocumab did not significantly reduce (coronary heart disease) CHD or CV deaths, it did significantly reduce non-fatal MI, ischemic stroke and unstable angina. The ODYSSEY Outcomes trial differed from FOURIER in that it enrolled patients with a recent ACS and not patients with stable CHD. Additionally, the ODYSSEY Outcomes trial had a longer follow-up period. 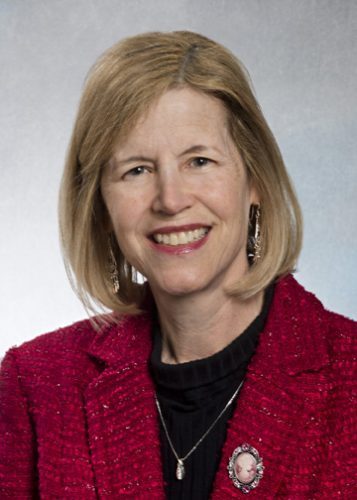 “The observed lack of benefit of vitamin D supplementation for cardiovascular outcomes in our trial is consistent with results of previous trials of vitamin D, even at moderate or high doses. Most recently, in ViDA,  the rate of cardiovascular disease was not lower among participants who received monthly administration of high-dose vitamin D than among those who received placebo. Neither our trial nor ViDA showed that vitamin D was associated with a reduced rate of death from any cause; lower-dose vitamin D trials have shown neutral effects or at most modest reductions in this endpoint. However, detection of a decreased rate of death from any cause, if present, may require longer follow-up.”- Dr. JoAnn Manson, M.D.

In this multicenter, randomized, double-blind, placebo-controlled trial involving 8179 patients with established cardiovascular disease or with diabetes and other risk factors, who had been receiving statin therapy and who had a fasting triglyceride level of 135-499 mg/dl and an LDL level of 41-100 mg/dl. The patients were randomly assigned to either receive 2 g of icosapent ethyl twice daily (total daily dose, 4 g) or placebo and were followed for a median duration of 4.9 years. The primary endpoint was a composite of cardiovascular death, nonfatal myocardial infarction, nonfatal stroke, coronary revascularization, or unstable angina. The key secondary endpoint was a composite of cardiovascular death, nonfatal myocardial infarction, or nonfatal stroke. The primary end-point event occurred in 17.2% of the patients in the icosapent ethyl group, as compared with 22.0% of the patients in the placebo group (hazard ratio, 0.75; 95% confidence interval [CI], 0.68 to 0.83; P<0.001); the corresponding rates of the key secondary end point were 11.2% and 14.8% (hazard ratio, 0.74; 95% CI, 0.65 to 0.83; P<0.001). The authors concluded that icosapent ethyl can significantly decrease the risk of ischemic events (including cardiovascular death) in patients with high triglyceride levels who are already on statin therapy. 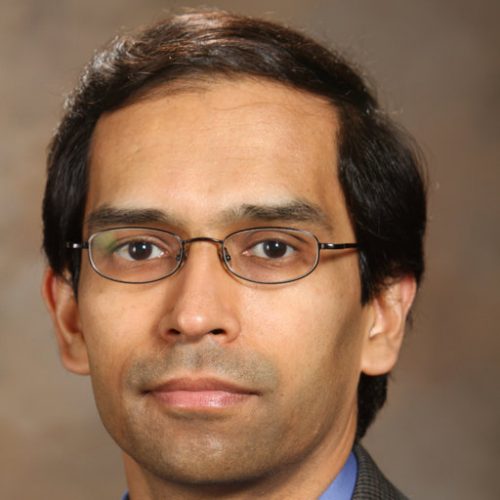 “The results of REDUCE-IT stand apart from the negative findings of several contemporary trials of other agents that also lower triglyceride levels, including other n−3 fatty acids, extended-release niacin, fenofibrate, and cholesteryl ester transfer protein inhibitors. Both the formulation (a highly purified and stable EPA ethyl ester) and dose (total daily dose of 4 g) used in REDUCE-IT were different from those in previous outcome trials of n−3 fatty acids.”- Dr. Deepak Bhatt, M.D.

In this cluster-randomized trial, 319 black male patrons with a systolic blood pressure of 140 mm Hg or more were enrolled from 52 black-owned barbershops. In one arm, barbershops were assigned to a pharmacist-led intervention where barbers encouraged meetings within barbershops with specialty-trained pharmacists who prescribed drug therapy. In the other arm (control group), barbers encouraged lifestyle modification and doctor appointments. The primary outcome that was measured was the reduction in systolic blood pressure at 6 months. At 6 months, the mean systolic blood pressure fell by a whopping 27.0 mm Hg in the intervention group, as compared to 9.3 mm Hg in the control group. Moreover, 63.6% of the patients in the intervention group achieved a blood-pressure level of less than 130/80 mm Hg as compared to 11.7% of the patients in the control group.

“The intervention effect was several magnitudes larger than what had been seen in previous trials.” -Dr. Ciantel Blyler

The trial aimed to assess whether percutaneous mitral valve repair can improve the outcomes of patients with secondary mitral regurgitation associated with chronic heart failure with reduced ejection fraction or not. In this trial, 304 patients with severe secondary mitral regurgitation in association with symptomatic heart failure with a left ventricular ejection fraction between 15% and 40% were randomized to either undergoing percutaneous mitral-valve repair in addition to medical therapy (n: 152) or receiving medical therapy alone (n: 152). The patients were followed for 12 months for the occurrence of the primary efficacy outcome, which was defined as a composite of death from any cause or unplanned heart failure hospitalization within the 12 months. After the follow-up period, it was found that the primary efficacy outcome occurred in 54.6% vs 51.3% in the intervention and control groups respectively (odds ratio 1.16; 95% confidence interval 0.73 to 1.84; P=0.53). The authors concluded that percutaneous mitral-valve repair in association with medical therapy did not alter the clinical outcomes of patients with secondary mitral valve regurgitation with heart failure when compared with medical therapy alone.

In this trial, 15,480 diabetic patients over the age of 40 years without known cardiovascular disease were randomized to either receive aspirin 100 mg daily (n: 7,740) or placebo (n: 7,740). The patients were followed for a median of 7.4 years for the occurrence of the primary efficacy outcome, defined as a composite of NSTEMI, ischemic stroke/TIA, and cardiovascular death. Ischemic stroke and cardiovascular death excluded any intracerebral or intracranial bleeding. The primary safety endpoint was a composite of a major bleed, any intracranial bleed, life-threatening eye bleeding, serious GI bleeding or any serious extracranial bleed. The primary efficacy outcome occurred in 8.5% of the aspirin group compared with 9.6% of the placebo group (p = 0.01). The primary safety outcome was found to occur in 4.1% of the aspirin group compared with 3.2% of the placebo group (p = 0.003). The authors concluded that benefit of aspirin for preventing serious vascular events was counterbalanced by the increased risk of major bleeds. In the same trial, there was a second randomization where the 15, 480 patients were randomly assigned to receive 1-g capsules containing either omega−3 fatty acids or placebo (olive oil) daily. The primary outcome was a serious vascular event which was a composite of nonfatal myocardial infarction or stroke, transient ischemic attack, or vascular death, excluding any hemorrhagic stroke. The secondary outcome comprised of a first serious vascular event or any arterial revascularization. A serious vascular event occurred in 8.9% of patients in the fatty acid group vs 9.2% in the placebo group (rate ratio, 0.97; 95% confidence interval [CI], 0.87 to 1.08; P=0.55). There was no significant change in the composite outcome of a serious vascular event or revascularization, which occurred in 11.4% and 11.5% of patients of the fatty acid and placebo groups, respectively (rate ratio, 1.00; 95% CI, 0.91 to 1.09). Even death from any cause showed no difference with rates of 9.7% in the fatty acid group and 10.2% of the placebo group (rate ratio, 0.95; 95% CI, 0.86 to 1.05). Moreover, no significant between-group differences were reported in the rates of nonfatal serious adverse events. The authors concluded that n-3 fatty acid supplementation did not reduce the risk of serious vascular events in diabetic patients without known cardiovascular disease. 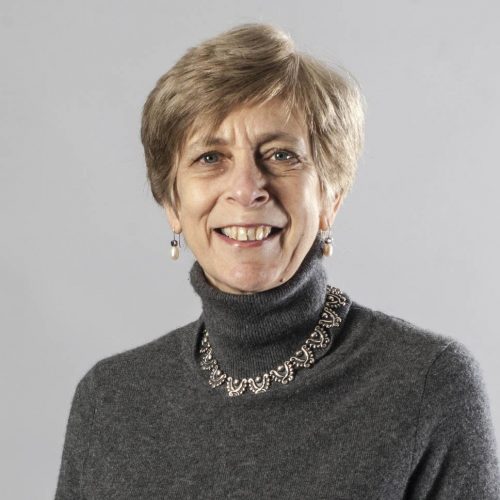 “We have to bear in mind that we do not want to cause harm. Having said that, the other issue is how do you balance having a major ischemic stroke against having a major bleed? They are not comparable and it becomes a matter of judgment. All we can say is, this is what the data shows.”- Dr. Jane Armitage, M.D.

In this trial, a total of 19,114 individuals in Australia and the United States who were 70 years of age or older (or ≥65 years of age among blacks and Hispanics in the United States) and were free from cardiovascular disease, dementia, or disability. Subjects were randomized to receive 100 mg of enteric-coated aspirin in one arm and placebo in the other. Mortality between the aspirin and placebo groups was compared using hazard ratios and post hoc exploratory analyses of specific causes of death were performed. Of the total subjects enrolled, 9525 and 9589 were assigned to aspirin and placebo respectively. A total of 1052 deaths occurred during a median of 4.7 years of follow-up. The risk of death from any cause was higher in the aspirin group as compared to the placebo group (hazard ratio, 1.14; 95% CI, 1.01 to 1.29). The study showed that cancer as the major contributor to the higher mortality in the aspirin group. Surprisingly, a numerically higher rate of the secondary endpoint of death from any cause was observed with aspirin than with placebo with cancer accounting for 3.1% and 2.3% of the aspirin and placebo groups respectively. (hazard ratio, 1.31; 95% CI, 1.10 to 1.56).

“This should set the record straight. There’s a lot of folks on both sides of this but this study should end the question. There is no benefit for seniors who do not have vascular disease.”- Dr. Vincent Buffalino, M.D.

The study aimed to assess the efficacy and safety of aspirin use for the primary prevention of CVD in moderate risk patients when compared with placebo. In the double-blinded, placebo-controlled, multicenter study, 12,546 patients were randomized to either receiving aspirin 100 mg (N: 6270) or placebo tablets (N: 6276) daily. The patients were followed for a median of 60 months. The primary efficacy endpoint was defined as a composite outcome of time to the first occurrence of cardiovascular death, myocardial infarction, unstable angina, stroke, or transient ischaemic attack. The safety endpoints were hemorrhagic events and incidence of other adverse events. The primary endpoint occurred in 4.29% and 4.48% of the aspirin and placebo groups respectively (HR 0·96; 95% CI 0·81–1·13; P=0·6038). The incidence rate of adverse events and serious adverse events were almost similar between the 2 groups. 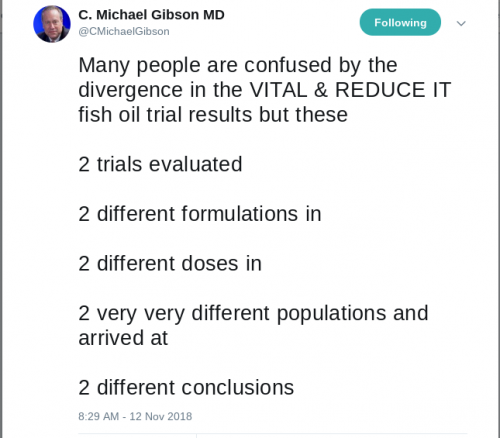 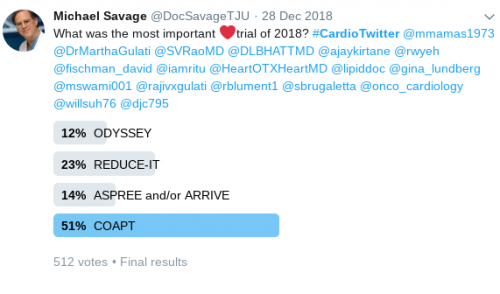 A recent trial by Dr. Jordana B Cohen, published in The LANCET, indicated that consistent with international… END_OF_DOCUMENT_TOKEN_TO_BE_REPLACED