Anti-inflammatory biologic therapy used for the treatment of moderate to severe psoriasis is associated with reduced coronary inflammation in patients with the skin condition. The recent study by Elnabawi et al., published in the Journal of the American Medical Association (JAMA) Cardiology, revealed.

Psoriasis is a chronic inflammatory disease and associated with increased cardiovascular risk. The current study aimed to assess the association of anti-inflammatory biologic therapies with coronary inflammation in patients with the skin condition. The perivascular fat attenuation index (FAI) measured by coronary CT angiography was used to track the effect of the intervention. The perivascular FAI a novel computed tomography (CT) based imaging technique which uses differential mapping of attenuation gradients in peri-coronary fat to detect and quantify coronary inflammation. Abnormal perivascular FAI is shown to be associated with major adverse cardiac events.

In this prospective cohort study, 134 patients with moderate to severe skin disease were included in the analysis (age ± SD 51.1 ± 12.1 years; 62.5 % male). Most participants had a low cardiovascular risk by traditional risk scores (median 10-year Framingham Risk Score, 3% [IQR, 1%-7%]). Eighty-two patients received biologic psoriasis therapy (anti-tumor necrosis factor α, anti–interleukin [IL] 12/23, or anti–IL-17) for one year, and 52 patients were given only topical or light therapy (control group). Of these patients, 27 in the treated group and 19 in the control group had a focal coronary atherosclerotic plaque at baseline.

This is the first study using FAI as a biomarker of coronary inflammation, which allows for tracking the response to anti-inflammatory therapy. 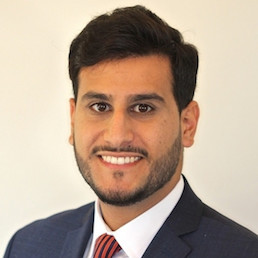 “As the evidence regarding the role of inflammation in atherosclerosis continues to grow, our work utilizes a novel, non-invasive technique to quantify coronary inflammation and to our knowledge is the first to assess the potential effects of biologic therapy on coronary inflammation using this measure. We had perviously shown that biologic therapy in psoriasis reduces non-calcified coronary plaque burden. After seeing the predicting value of the perivascular FAI for cardiac events, a key lingering question was if we could modify it using anti-inflammatory interventions, which was the key finding of this paper.” – Dr. Youseff A. Elnabawi, M.D.

The study had some limitations. As an observational study, it was prone to selection bias and unmeasured confounding. The small sample size, the short duration of follow up, and a non-randomized method of therapy administration should also be taken into consideration. Moreover, the investigators did not assess clinically meaningful endpoints to evaluate treatment efficacy in reducing coronary inflammation.

“While the intention of this study is not to change treatment paradigms, we believe it sets us up to perform larger, randomized control trials to further investigate and understand how anti-inflammatory therapies may impact coronary plaque burden and morphology through leveraging novel, non-invasive imaging biomarkers”, Dr. Elnabawi added.

A recent study by Dr. Bernard R. Chaitman, published in Circulation investigated the impact on… END_OF_DOCUMENT_TOKEN_TO_BE_REPLACED

A recent study by Dr. Lopez-Sendon, published in European Heart Journal, showed that cardiotoxicity in… END_OF_DOCUMENT_TOKEN_TO_BE_REPLACED

A recent study by Dr. Chapman, published in Circulation, showed that implementation of high sensitivity… END_OF_DOCUMENT_TOKEN_TO_BE_REPLACED