In an original article written by Leroy C. Joseph et al, it was found the molecular mechanisms of cardiac metabolism to arrhythmia and NAPDH Oxidase2(NOX2) deletion or pharmacological inhibition can prevent arrhythmia caused due to the ingestion of a high saturated fat diet. The results of the study were published in Circulation: Arrhythmia and Electrophysiology.

Leroy C. Joseph et al conducted this in vivo mice study to investigate the hypothesis that high-fat diet-fed mice can lead to abnormal calcium homeostasis and abnormal heart rhythm by a NOX 2 dependent mechanism. The most common electrophysiological abnormalities found in obese patients are increased frequency of ventricular ectopy and prolongation of the QT interval and it was shown in previous investigations by the authors that Wild Type(WT) mice who become obese after high-fat diet, mimic abnormalities in obese humans. Oxidative stress is involved in cardiomyocytes due to a link between lipid metabolism and cardiovascular pathology. Long term exposure to reactive oxygen species (ROS) is detrimental.

A high saturated fat diet (HSFD) was used in the form of palm oil which is a rich source of palmitate. High Unsaturated Fat Diet (HUFD) was shown in the form of olive oil. The control chow diet was Lab rodent diet. NOX activity was measured by using lucigenin-enhanced chemiluminescence. Heart rhythm was measured by telemetry and the optical mapping was dine by blinding the operator to the group assignment. Cardiomyocyte contraction was measured using the Ionoptix system. An unpaired t-test was used for comparing means. ANOVA was used for a group of more than with post hoc testing. 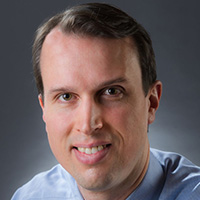 “Overall, these results support an arrhythmogenic effect of a HSFD, before the onset of obesity, due to NOX2 activation. Our findings demonstrate that pharmacological NOX2 inhibition is antiarrhythmic. Our study shows that saturated fat is sufficient to promote arrhythmia, without fibrosis, hypertrophy, or a decrease in contractility. We show that an HSFD is sufficient to induce QT prolongation and ventricular ectopy. The pharmacotherapy that specifically targets the source of cardiac ROS could be more effective. Our results demonstrate that pharmacological inhibition of NOX2 is antiarrhythmic in vivo.”- Dr. John P. Morrow, MD

The investigators found that the serum levels of free fatty acids were significantly raised after 4 weeks of the HSFD. The HSFD also caused several significant changes in the ventricular tissue lipid content compared with regular chow. Telemetry recordings showed that mice developed a statistically significant increase in QT on the HSFD diet. The mice also had a significant increase in ventricular ectopy in the form of PVCs. while the mice fed the HUFD diet did not show that. They also found that NOX activity in ventricular tissue was increased by the HSFD, but not by the HUFD. The authors noted that NOX2 protein levels in the heart were not changed significantly by diet. The in vivo relevance of NOX activation was investigated and it was found that NOX activity is increased in ventricular lysates from mice on high fat saturated fat diet and apocynin which is a pharmacological inhibitor of NOX. An increase in VT/VF inducibility in WT mice hearts after 4 weeks of HSFD was seen whereas it was absent in control chow hearts.  Both monomorphic VT and VF with rotor activity were induced in HSFD hearts. The hearts were structurally and histologically normal after HSFD. Cardiomyocytes from HSFD mice had significantly more contractions than cardiomyocytes from control mice. CaMK inhibition reduced calcium sparks in cardiomyocytes, indicating that CaMK activation does have a significant role in the calcium handling abnormalities caused by a high-fat diet.

Dr. Morrow adds, “Mechanistically, we show that dietary saturated fat changes the lipidomic profile of cardiac muscle, activating PKC isoforms in the heart. In contrast to saturated fat, unsaturated fat (olive oil diet) does not promote arrhythmia at the 4-week time point. Thus, the type of fat is critically important, at least at this shorter time point. NOX2 activation, in turn, causes both abnormal calcium handling and abnormal repolarization. These findings may explain the mechanism of increased risk of SCD in humans with obesity and high saturated fat intake, which is a consistent finding in several epidemiological studies.” The study has limitations in that it is an in vivo study and the diets are not matched for carbohydrates.  Genetic deletion of NOX2 or pharmacological NOX2 inhibition prevents the proarrhythmic effect of HSFD in vivo. The mechanisms revealed by this work may have therapeutic implications for heart disease caused by diabetes mellitus and obesity and support NOX2 inhibition as a potential antiarrhythmic therapy. But the effects in humans and the basis for its implications still need to be explored.