• The use of ILR resulted in a three-fold increase in AF detection and initiation of anticoagulation, but there was no observed reduction in the primary endpoint of stroke or systemic arterial embolism.

Atrial fibrillation (AF) is a major driver of ischemic stroke, and treatment of AF with anticoagulation has been shown to substantially reduce this risk. However, given the high prevalence of both paroxysmal and asymptomatic AF, the diagnosis is not often apparent. Several studies have examined the utility of long-term monitoring for atrial fibrillation after a diagnosis of potential embolic stroke in order to better determine and address the etiology; an examination of the SMART registry demonstrated that 1 in 9 patients with cryptogenic stroke were found to have previously

undiagnosed AF on 30-day Holter monitor. Similarly, the STROKE-AF randomized trial evaluated the efficacy of extended cardiac monitoring with a long-term continuous monitor versus usual detection after a stroke attributed to large or small-vessel disease, finding that long-term continuous monitors identified AF at a significantly higher rate (12.1% vs 1.8%, p<0.001). However, the clinical utility of the increased detection of AF is unclear. Moreover, while these studies examined the role of extended cardiac monitoring for identifying AF after a stroke, there is limited data examining the role of AF detection in prevention of future stroke or other related embolic events in patients at high risk. The aim of the Implantable Loop Recorder to Detect Atrial Fibrillation and Prevent Stroke (LOOP) clinical trial (NCT02036450) was to evaluate the effect of screening for AF with ILR on the risk of stroke or other systemic arterial embolism in patients with stroke risk factors. In a Hot Line presentation at the 2021 European Society of Cardiology Conference today, Dr. Jesper Hastrup Svendsen (Rigshospitalet, University of Copenhagen) and his team presented the results of the LOOP trial. 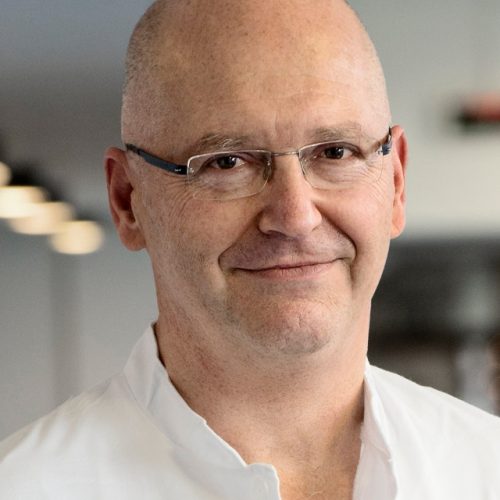 The LOOP trial was a multicenter, randomized clinical trial involving 4 sites in Denmark. Patients were defined as high-risk for stroke if they were >70 years old and had at least one of hypertension, diabetes, heart failure, or previous stroke. Patients were excluded if they had preexisting AF or anticoagulation, a pacemaker, or a contraindication to anticoagulation. A total of 6,004 patients were randomized; 1,501 received a Medtronic Linq ILR, and 4,503 were assigned to the control arm. The median CHADSVASC score was 4. The trial was powered for a risk reduction of 35%, requiring 279 events. Patients with any identified episode of atrial fibrillation > 6 minutes were treated with oral anticoagulation.

The primary endpoint was time to stroke or arterial embolism. Secondary outcomes included a) combined ischemic stroke, systemic arterial embolism, and TIA, b) combined stroke, systemic arterial embolism, and CV death, and c) all-cause mortality. Diagnosis of AF and use of oral anticoagulation were also determined. The median follow-up was 64.5 months. AF was diagnosed in 31.8% of the ILR group vs 12.2% of the control group (HR 3.17; p<0.001); similarly the initiation of OAC was increased in the ILR group compared with the control group (29.7% vs 13.1%, HR 2.72, p<0.001). Use of ILR did not lead to a significant change in the primary endpoint of stroke and systemic arterial embolism (4.5% vs 5.6%, HR 0.80, p=0.11). Similarly, there was no significant difference in the incidence of either composite secondary outcome, all-cause mortality, or major bleeding. The authors performed multiple subgroup analyses, of which one demonstrated a significant interaction: patients with sBP >157 had a reduced incidence of the primary outcome in the ILR group compared to the control arm (p=0.01), with a significant interaction when compared to those with a sBP <157 (p-value for interaction 0.01). Additionally, a pre-specified sensitivity analysis demonstrated that when only including patients who received their assigned intervention for at least 3 years, there was indeed a significant reduction in the primary outcome in the ILR group (3.9% vs 5.6%, HR 0.70, p=0.016).

When discussing the results of the study with Cardiology Now, Dr. Hastrup Svendsen stated: “We found that in the ILR group, more than 30% of patients had atrial fibrillation…those who had atrial fibrillation detected had a very high percentage of initiated oral anticoagulation. With regards to the primary endpoint [of stroke and systemic arterial thromboembolism]…the result was not statistically significant.” Relating to the positive signal in the sensitivity analyses, Dr. Hastrup Svendsen stated: “In those with a baseline systolic BP above 157, there was a significant difference between the groups so that those with the highest BP appeared to have a benefit from the ILR monitor…The data with respect to BP are definitely encouraging for generating new hypotheses. I also think the sensitivity analysis where we see a signal for those who have actually been screened for a reasonable period of time is in accordance with other screening studies. Generally those who are not receiving the full package of screening time are probably those at higher risk.”

The associated manuscript will be published in Lancet.

A recent trial by Dr. Oussama M. Wazni, published in the New England Journal of… END_OF_DOCUMENT_TOKEN_TO_BE_REPLACED