According to a nationwide cross-sectional study, protein biomarkers along with specific dietary patterns are linked to the development of cardiovascular disease (CVD). These findings, published in the Journal of the American Heart Association, suggest associations between dietary patterns and protein biomarkers have a role in the pathways related to inflammation, endothelial and immune function, cell adhesion and metabolism. Over the years, the role of diet in the prevention of CVD has been scientifically proven; unhealthy dietary components are important risk factors for the total global burden of this comorbidity.

Recommendations by the American Heart Association for healthy dietary patterns, emphasized in CVD prevention, include high consumption of fruits, nuts, cereals, fish, low-fat fermented dairy products and vegetable oils. Unhealthy dietary components include low consumption of unhealthy foods, such as high saturated fatty foods, meats, and sugars. Deficient intakes of dietary components were responsible for 45% of the estimated total cardiometabolic deaths in the United States in 2012; however, the underlying mechanism between dietary intake and CVD development is not thoroughly understood. Early detection at the non-symptomatic stages of CVD is the key to providing a better outcome for the preventive interventions. This cross-sectional study is based on data from 2 population-based Swedish Cohorts; the Epihealth Study and the Swedish Mammography Cohort Clinical (SMCC). 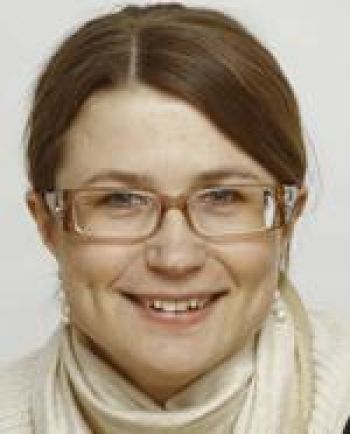 “This trial has discovered and replicated independent relations between dietary patterns and 21 CVD protein biomarkers involved in inflammation, oxidative stress, endothelial function, and immune responses cell adhesion and metabolism. The strengths of the study include study size, careful characterization of participants, and a specific and sensitive multiplex proteomic assay used to measure proteins.” -Eva Warensjo Lemming

In the SMCC, 3 dietary patterns were identified as the healthy pattern, western/traditional pattern and light meal pattern explaining 21% of the variance of dietary data. Clinical and dietary characteristics did not differ much between the tertiles of the healthy dietary patterns. In the discovery phase of the study, 57 different proteins were associated with the dietary patterns in EpiHealth; healthy (5), dairy and sandwich (0), western/traditional (44) and fast food/alcohol (10). In total, 41 dietary pattern proteins associations were replicated in SMCC. Two of the protein biomarkers, myeloperoxidase, and resistin, were inversely associated with the light meal pattern (unhealthy diet) indicating contrary effects of respective dietary pattern. The reported affiliations between dietary patterns and protein biomarkers were independent of markers of adiposity and age as well as other risk factors for CVD, implying novel discovery of pathways. In conclusion, this trial has discovered and replicated independent relations between dietary patterns and 21 CVD protein biomarkers involved in inflammation, oxidative stress, endothelial function, and immune responses cell adhesion and metabolism. The strengths of the study include study size, careful characterization of participants, and a specific and sensitive multiplex proteomic assay used to measure proteins. However, study limitations were present; dietary patterns identified shared characteristics with other population-based cohorts in Sweden. Secondly, dietary exposure is difficult to measure which essentially leads to random and systematic measurement errors in the diet report which influences all dietary patterns. Overall, the results add to the growth of studies aiming to establish biomarkers on a functional scale, which is relevant in pathophysiological features of CVD and pathways activated by dietary components.

Key Points: There is substantial heterogeneity in the use of different non-invasive and invasive modalities… END_OF_DOCUMENT_TOKEN_TO_BE_REPLACED

Key Points: Previous studies have demonstrated the superiority of CABG over PCI in the treatment… END_OF_DOCUMENT_TOKEN_TO_BE_REPLACED