In an original investigation done by Dr. Alexander C. Fanaroff et al and recently published in JAMA Cardiology, it was found that there was discordance in medication persistence as measured by patient-reported and the pharmacy fill data. The patient self-reports overestimated and pharmacy fill data underestimated medication persistence. Those who had non-persistence by both measures had the highest rate of major adverse cardiovascular events (MACE). The authors also noted the need for giving preference to interventions that will promote medication-taking behavior.

The authors wanted to do this post hoc analysis of ARTEMIS (Affordability and Real-world Antiplatelet Treatment Effectiveness After Myocardial Infarction Study) trial to find the accuracy and determination of the degree of methods used to find non-persistence rates of P2Y12 inhibitors while assessing by patient-reported and pharmacy fills. This analysis used data from the ARTEMIS trial that had enrolled 287 hospitals(131 for intervention and 156 for usual care). The nonpersistence was defined as a gap of 30 days or more in the supply or use. Patients were classified as cumulative medication persistence. Around 10 102 patients were followed up for 1 year. 8373 patients(82.9%) had pharmacy fills . Intervention arm of 3705 patients received copayment vouchers for P2Y12 inhibitors and around 944 patients had randomly undergone phlebotomy to determine drug levels in the blood at 3, 6, 9 and 12 months(denoted by κ). 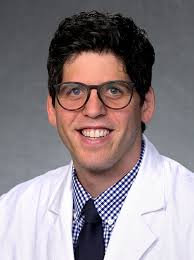 “Historically, persistence was measured by asking patients, essentially, self-report. Health systems have increasingly made pharmacy fill data accessible to physicians to help them identify persistence “objectively.” Our study shows that using either of these methods in isolation to target non-persistent patients for interventions that increase persistence is unlikely to be the best method, and that best practices should incorporate both of these methods.”- Dr. Alexander C. Fanaroff M.D., M.H.S.

The investigators noted that the study had some limitations being chiefly the Hawthorne effect, due to the trial studying medication persistence, and generalizability to people without insurance, the patients who are treated in routine clinical practice may have a higher persistence as compared to the study population who self-reported only during the follow up of one year. Recurrent MI or stroke could affect the persistence. Phlebotomy timing with respect to the last P2Y12 inhibitor intake was not noted.

A recent trial by Dr. Jordana B Cohen, published in The LANCET, indicated that consistent with international… END_OF_DOCUMENT_TOKEN_TO_BE_REPLACED