In a vigorous retrospective cohort study published in JAMA, Fatima Rodriguez et al. found an inverse graded association between long-term statin adherence and all-cause mortality using a nationwide sample of the Veterans Affairs Health System, in patients with atherosclerotic cardiovascular disease(ASCVD). The study proposed that there was room for improvement in statin adherence and also stressed on its importance as a measure of secondary prevention of ASCVD.

The association between statin adherence and mortality had been previously studied in a few observational studies. However, this retrospective study sought to determine the relationship between statin adherence and all-cause mortality in patients with ASCVD who had stable statin prescriptions and assessed any modifications of statin intensity,  patient-level or system-level characteristics. The investigators included patients within the Veterans Affairs(VA) Health System between ages 18 and 85 years who were diagnosed with either coronary artery disease, cerebrovascular disease, or peripheral artery disease during  January 1, 2013, and April 1, 2014, and with at least 1 ASCVD code on at least 2 different dates and at least 1 outpatient visit in the VA system during the study period. Medication adherence was measured using Medication Possession Ratio(MPR) as the standard and using statin therapies including low, moderate and high-intensity therapies. 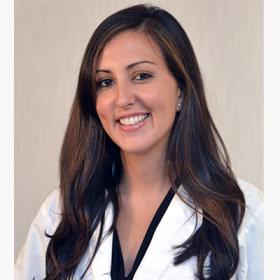 “We show that in a relatively adherent cohort of stable patients with ASCVD who received statin prescriptions, a significant minority do not refill them as recommended, and this reduced adherence had clinical implications. This association with mortality was small but significant for those with adherence that may be considered reasonable. Lack of adherence had the greatest association with mortality for those taking high-intensity statins, likely because high-intensity therapy confers a greater survival benefit than lower-intensity statin regimens. Our findings suggest that statin adherence is an important metric that should be carefully tracked by clinicians and health systems.“-Dr. Fatima Rodriguez, M.D., M.P.H.

Compared to the prior studies that had a short follow up of 6 months of statin adherence following acute coronary syndromes or stroke, this study had patients taking stable statin therapies with longer follow-up of 3 years. This investigation had a few strengths compared to the previous studies such as the use of a large nationwide well-characterized patient cohort at the VA, which provided the investigators with the opportunity to study variables like laboratory values and vital signs. Nonetheless, the study had a few limitations which included being an observational study (which could not completely remove the confounding), neither could the study determine the cause of mortality. MPR was used to determine adherence, which encompassed which medications were dispensed from the pharmacy, however, whether the patient took these medications could not be determined.  Dr. Rodriguez added that “The graded dose-response associations between statin adherence and survival shows the benefit of strict statin adherence.” 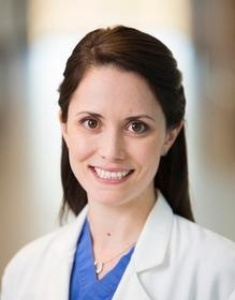 “What is novel about this study is the attempt by the authors to understand whether the association between statins and mortality was due to the drug itself vs healthy adherer bias. First, the authors adjusted their models for adherence to other cardiac medications, including angiotensin-converting enzyme inhibitors and β-blockers. This attenuated but did not eliminate, the association between statin adherence and mortality. Second, there was no association between statin adherence and 2 negative controls: pneumonia and gastrointestinal bleeding. Third, stratified analyses suggested a dose-response relationship by statin intensity; the adherence-mortality association was strongest in those who were prescribed high-intensity statins and lowest in those prescribed low-intensity statins. These 3 findings provide evidence that the mortality benefit in this study was not purely due to a healthy adherer effect.”-Dr. Ann Marie Navar M.D.

Dr. Ann Marie Navar M.D. remarked in her editorial comment that “Guidelines recommend the use of LDL-C measurements to assess adherence, but follow-up of lipid testing in routine practice is rarely done. Performance measurement focuses on statin prescriptions, not patient adherence. Society has spent hundreds of millions of dollars on research to prove that statins save lives. But the study by Rodriguez et al. reminds us that without improvements in medication adherence, the full benefit of this investment will never be realized.” She believed that the investigation had some limitations, also stating that “The persistent association between statin adherence and mortality(20% mortality increase) after adjustment for LDL-C indicates that residual confounding was likely. This is a powerful reminder that even the most rigorously designed observational analyses cannot replace efficacy estimates from randomized clinical trials.”

Key Points: There is substantial heterogeneity in the use of different non-invasive and invasive modalities… END_OF_DOCUMENT_TOKEN_TO_BE_REPLACED

Key Points: Previous studies have demonstrated the superiority of CABG over PCI in the treatment… END_OF_DOCUMENT_TOKEN_TO_BE_REPLACED