A new study led by Dr. John Heitner, published in Circulation: Cardiovascular Interventions, suggests that Delayed-enhancement cardiac magnetic resonance (DE-CMR) can be helpful in identifying the infarct-related artery (IRA) in patients with non-ST elevation myocardial infarction (NSTEMI). This could help interventional cardiologists decide on the coronary vessel that would need treatments.

Identifying the IRA in patients with NSTEMI is usually challenging due to the possible presence of either multivessel coronary artery disease (CAD) or insignificant CAD. Previous studies have shown that the IRA could not be identified in 15-51% of patients with a myocardial infarction. DE-CMR is considered to be one of the best imaging modalities currently available for imaging myocardial infarction due to its ability to visualize both infarcted and viable myocardium. One previous study showed that DE-CMR was helpful in identifying the IRA in patients who were deemed to have a myocardial infarction but an ambiguous IRA by coronary angiography. DE-CMR is also helpful in identifying non-ischemic disorders such as myocarditis and cardiac amyloidosis. The investigators aimed to compare the identification of the IRA by DE-CMR with coronary angiography in patients presenting with a NSTEMI. 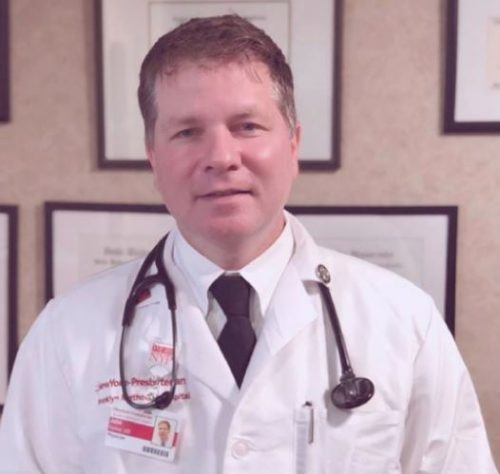 “The strategy of culprit artery–only revascularization assumes that the IRA is correctly identified, and our data suggest this is often a faulty assumption in patients with multivessel CAD. This, in turn, suggests that if the IRA could be correctly identified a priori by CMR, a clearer benefit to the strategy of IRA-only revascularization might be found. ” – Dr. John Heitner, M.D.

The authors noted that DE-CMR was helpful in determining the IRA in 60% of those patients in which an IRA could not be identified on angiography. DE-CMR was able to demonstrate a focal myocardial infarct which could then be matched to the responsible perfusion territory. However, considering that there is no gold standard to assess whether what was identified by DE-CMR or angiography was correct, in some patients, DE-CMR could have been incorrect. However, the authors noted that considering the finding of a single infarcted zone on imaging and the present of enzymatic evidence supporting the diagnosis of a myocardial infarction, this would be unlikely. Additionally, the authors described the utility of DE-CMR in identifying a non-ischemic diagnosis. In a subset of patients in this study in whom a diagnosis of myocardial infarction was suspected, DE-CMR was useful in diagnosing non-ischemic conditions such as Takotsubo cardiomyopathy, myocarditis and cardiac amyloidosis. The authors also discussed the discrepancy between the IRA as identified by DE-CMR and angiography. Most patients with a different IRA were more likely to present with multivessel disease. When highlighting this observation, Dr. Heitner wrote, “the strategy of culprit artery–only revascularization assumes that the IRA is correctly identified, and our data suggest this is often a faulty assumption in patients with multivessel CAD. This, in turn, suggests that if the IRA could be correctly identified a priori by CMR, a clearer benefit to the strategy of IRA-only revascularization might be found. Testing this hypothesis may be a fruitful area of future investigation.”.

The importance of identifying the culprit artery continues to be emphasized. Over twenty years ago, a study published in Circulation by Dr. C. Michael Gibson compared blood flow in culprit and non-culprit arteries. Gibson et al noted that the flow in non-culprit arteries was usually abnormal (up to 40% slower than normal). Although there have been significant technological advancements since then, the issue persists.

A recent trial by Dr. Jordana B Cohen, published in The LANCET, indicated that consistent with international… END_OF_DOCUMENT_TOKEN_TO_BE_REPLACED