A study led by Dr. Julian Wichmann published in JACC: Cardiovascular Imaging showed that black women with a history of pregnancy complications had a higher prevalence of coronary artery disease (CAD) on coronary computed tomographic angiography (CCTA). Additionally, having a history of gestational diabetes mellitus was independently associated with any and obstructive CAD and CCTA. 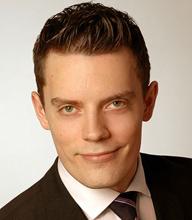 This was a retrospective multicenter study of hospitals in the Medical University of South Carolina health network. All black women who had a CCTA between June 2005 and May 2014 and a previous pregnancy with or without a history of complications were included. Women who had multiple or repeated complications or a nonspontaneous preterm delivery were excluded from the analysis. Other risk factors, including smoking and obesity, were identified. In order to limit the influence of other baseline characteristics, propensity score analysis with matching in a 1:1 fashion was used to identify the controls. The CCTA reports were analyzed, as the images were not available for a majority of cases. Patients were considered to have “any CAD” if they had a greater than 20% luminal narrowing in the left main, left anterior descending, left circumflex or right coronary arteries. The lesions were considered to be obstructive if they had a luminal narrowing of 50% or greater.

This study demonstrated that in black women with a history of pregnancy complications had a higher rate of CAD as compared to black women who previously had a normal pregnancy. The investigators describe the potential mechanism linking each of the three complications with CAD. The pathophysiological mechanism linking preterm delivery and CAD is not known but could potentially be as a result of excess endocrine stimulation.  As for preeclampsia, it is believed that it is a systemic disease that manifests during pregnancy, but that its effect continues to persist even after delivery. This could lead to impaired endothelial and angiogenetic function, thus contributing to CAD. Finally, the occurrence of gestational diabetes in pregnant women has been shown to be associated with an increased risk of type 2 diabetes. Therefore, these patients would be at an increased risk of CAD. While this study does demonstrate an increased risk of CAD in women with pregnancy complications, the study does have its limitations. Its retrospective nature and the fact that it excluded patients with multiple complications could limit its generalizability. Ultimately, the authors recommend that women who suffer from complications in pregnancy are at a higher risk of CAD and should be monitored more closely.

A recent trial by Dr. Jordana B Cohen, published in The LANCET, indicated that consistent with international… END_OF_DOCUMENT_TOKEN_TO_BE_REPLACED