Cardiogenic shock (CS) is not a rare complication in patients with Takotsubo syndrome (TTS). Moreover, it is associated with an increased risk of adverse outcomes in the short- and long-term follow-up, according to a new study published in the Journal of the American College of Cardiology.

In the accompanying editorial, Dr. Scott W. Sharkey, MD (Minneapolis Heart Institute Foundation at Abbott Northwestern Hospital, Minneapolis, Minnesota) said, “Takotsubo syndrome is characterized by sudden loss of regional left ventricular (LV) contraction, often involving substantial myocardial mass. Ejection fraction is acutely reduced to 30% to 40%, typically below that observed with acute myocardial infarction.” He added, “Therefore, it is not surprising that cardiogenic shock occurs in 10% to 15% of Takotsubo patients, usually within 72 h of admission, and often of a magnitude requiring pharmacologic or mechanical circulatory support.”

Not a rare complication with a poorer outcome

The study aimed to identify the incidence, predictors, and prognosis of CS in TTS patients by looking into data from the RETAKO registry. A total of 711 patients were included and about 11% (n = 81) of them developed CS. The main predictors identified were male gender, prolongation of QTc interval, decreased left ventricular ejection fraction (LVEF) at admission, significant left ventricular outflow tract (LVOT) gradient, and the presence of physical triggers for TTS. The median follow-up period was 248 days. CS was associated with increased risk of all-cause mortality (hazard ratio [HR] 5.38; 95% confidence interval [CI] 2.60 to 8.38), cardiovascular death (sub-HR 4.29; 95% CI 2.40 to 21.2), and non-cardiovascular death (sub-HR 3.34; 95% CI: 1.70 to 6.53). However, there was no significant difference in the recurrence rate of the TTS between patients who developed CS and those who didn’t. Interestingly, patients who received beta-blockers at their discharge had decreased risk of mortality at 1-year of follow-up  (HR 0.52; 95% CI 0.44 to 0.79; p interaction = 0.043). 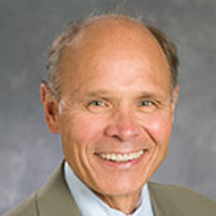 “Although cardiogenic shock represents a major obstacle during the clinical course of Takotsubo syndrome, long-term survival with complete recovery of LV contraction is not uncommon even when shock is profound, therefore extraordinary supportive measures may be appropriate in the absence of a nonsurvivable coexisting illness.” -Dr. Scott W. Sharkey, MD

Among the predictors mentioned above, three were independently associated with CS: increased LVOT gradient (defined as a resting peak instantaneous gradient >25 mm Hg in absence of inotropics), QTc prolongation, and male sex. The authors suggested that early recognition of increased LVOT gradient was extremely important especially in hypotensive patients. However, the authors considered QTc prolongation as a risk marker rather than a risk factor for developing CS. QTc prolongation could be a result of myocardial stunning resulting in the transmural dispersion of repolarization. Dr. Sharkey commented on the association between the high LVOT gradient and the development of shock saying, “In some circumstances, conventional treatments for shock may provoke or worsen LV outflow tract obstruction, in the case of inotropic agents by increasing basal LV contractility, and in the case of an intra-aortic balloon pump by decreasing LV size, thereby resulting in unintentional exacerbation of shock.” He added, “Therefore, evaluation of patients with Takotsubo shock should include echocardiographic visualization of the LV outflow tract and mitral valve leaflets, together with measurement of outflow tract systolic gradient at cardiac catheterization or noninvasively with Doppler echocardiography.”

Beta-blockers after a cardiogenic shock?

Another interesting finding was the association of beta-blockers administration at discharge with decreased all-cause mortality at 1-year of follow-up. Generally, beta-blockers are not proven to improve the prognosis of TTS patients. However, patients with CS may benefit from beta-blockers. The authors suggested that the increased sympathetic activation and catecholamine-mediated myocardial injury in this subset of patients may explain this finding. “Although cardiogenic shock represents a major obstacle during the clinical course of Takotsubo syndrome, long-term survival with complete recovery of LV contraction is not uncommon even when the shock is profound, therefore extraordinary supportive measures may be appropriate in the absence of a nonsurvivable coexisting illness,” Dr. Sharkey concluded.

Key Points: ECMO has been used as a salvage strategy in severe cardiogenic shock. However,… END_OF_DOCUMENT_TOKEN_TO_BE_REPLACED