Among patients hospitalized for an acute coronary syndrome (ACS), adding ezetimibe to simvastatin further reduced the risk of cardiovascular events, and the benefit was ten times greater in the elderly than younger individuals. A secondary analysis of the IMPROVE-IT trial, published in JAMA Cardiology, revealed.

The meta-analysis from Cholesterol Treatment Trialists’ Collaboration demonstrates consistent vascular protection by intensive statin therapy across age groups; however, elderly patients were underrepresented (<8%) in these trials. Due to limited available data, recent lipid management guidelines do not recommend the routine use of high-intensity statins for patients older than 75 years.

IMPROVE-IT (Improved Reduction of Outcomes: Vytorin Efficacy International Trial) was a multi-center, randomized, double-blinded trial that enrolled patients hospitalized within the preceding 10 days for an ACS. Participants were randomized to combination therapy (simvastatin 40 mg plus ezetimibe 10 mg) or monotherapy (simvastatin 40 mg) and followed for a median of 6 years. The primary composite endpoint was death due to cardiovascular disease, myocardial infarction, stroke, unstable angina requiring hospitalization, and coronary revascularization after 30 days.

With respect to safety, combination therapy was not associated with increased risk for myopathy, rhabdomyolysis, or changes in liver function tests among all patients, including the elderly. The incidence of cancers, cataracts, and neurocognitive events increased with age, with similar frequencies in patients treated with combination therapy versus monotherapy. Also, the rate of hemorrhagic stroke was comparable between the two groups in patients aged 75 or older. 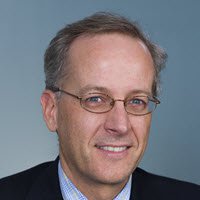 “The benefit of intensive lipid lowering was huge in those age 75 or more in IMPROVE-IT: the combination of ezetimibe and statin led to an absolute risk reduction of 9% for the primary end point. (The overall risk reduction was 2% absolute in the trial as a whole). Of note, this group (age ≥75 in IMPROVE-IT) started the trial with an age of 79 and were followed for a median of 6 years – until age 85 and they saw all this benefit. So, we need to treat our elderly patients – they benefit greatly!” – Dr. Christopher Cannon.

Although the most significant benefit was observed in patients aged ≥ 75, this subset comprised only 15.4% of the study population, possibly due to the requirement of clinical stability or low interest in trial participation. The analysis did not adjust for multiplicity, and the subgroup analysis may not have sufficient power for detecting a clinically meaningful difference in specific endpoints. Despite these limitations, “these results may have implications for guideline recommendations regarding lowering of lipid levels in the elderly,” the authors concluded.

A recent trial by Dr. Jordana B Cohen, published in The LANCET, indicated that consistent with international… END_OF_DOCUMENT_TOKEN_TO_BE_REPLACED