In a meta-analysis of RCTs comparing TAVR (Transcatheter Aortic Valve Replacement) versus SAVR (Surgical Aortic Valve Replacement) in low-risk patients with severe AS, TAVR was associated with a significantly lower risk of all-cause and cardiovascular mortality at 1 year follow up. The study conducted by Kolte et.al was recently published in the Journal of American College of Cardiology.

Several recent studies demonstrated similar outcomes with TAVR vs. SAVR in low-risk patients with severe AS. The US Food and Drug Administration has recently approved the expanded indication for the self-expanded Evolut series (Medtronic) and the balloon-expandable Sapien 3 and Sapien Ultra (Edwards Lifesciences) transcatheter heart valves for the treatment of low-risk patients with severe aortic stenosis.  The expanded indication was based on the results from the Evolut Low-Risk trial. Although these recent studies consistently showed at least comparable outcomes of TAVR and SAVR, the possible superiority of TAVR over SAVR have significant clinical implication. In this meta-analysis, the investigators aimed to compare TAVR versus SAVR in low-risk patients. 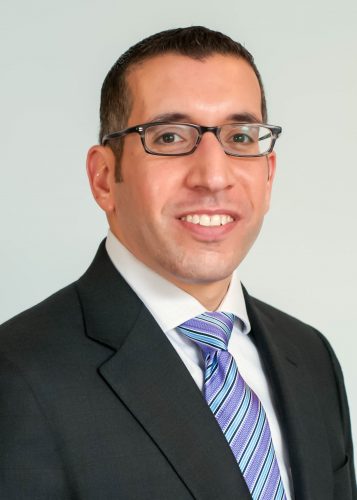 “Our study establishes a clear and robust survival advantage with TAVR over SAVR in low-risk patients. At 1-year, rates of all-cause and cardiovascular death were 40% and 45% lower, respectively, with TAVR. Our findings reiterate the superiority of TAVR over SAVR in low-risk patients with AS and suggest that TAVR should be the preferred option for such patients in whom a bioprosthetic valve is being considered. Further data are needed to determine whether these observations hold true beyond 1-year ”.- Dr. Sammy Elmariah, the corresponding author, told Cardiology Now News.

Several caveats should be considered when interpreting the results. First, study-level data were used for the meta-analysis, rather than patient-level data. To account for the difference in follow-up duration, the 1-year outcome for the NOTION trial was derived from the 2- and 5-year rates. Third, for the Evolut Low Risk trial, the true incidence was not available and the frequency of events was estimated. Last, the influence of covariates such as age and valve type could not be determined due to the limited number of studies included.

Key Points: Radial artery occlusion (RAO) is the most common complication after radial access for… END_OF_DOCUMENT_TOKEN_TO_BE_REPLACED

UNIVERSAL: Routine ultrasound guidance of femoral vascular access did not reduce bleeding or vascular complications but did facilitate access

Key Points: ISCHEMIA trial patients in the invasive management arm were assessed for completeness in… END_OF_DOCUMENT_TOKEN_TO_BE_REPLACED