Giulia Renda et al. recently published in the European Journal of Preventive Cardiology that the CHA2DS2-VASc score is a sensitive measure of predicting new-onset atrial fibrillation (AF) and adverse outcomes in patients with and without atrial fibrillation in the middle-aged patient population.

CHA2DS2-VASc score has been used to predict cardiovascular outcomes in patients with known AF. Giulia Renda et al. wanted to know the independent association of CHA2DS2-VASc score with major adverse cardiovascular and cerebrovascular events (MACCE) in people without AF. The investigators wanted to determine the yield of the score for new-onset AF and the risk of ischemic stroke in non-AF patients.

This is a prospective cohort population-based study in which 22, 179 patients were analyzed during a baseline exam from 1991-1996, screened for 5-years from 1997-2001, and were followed up for 15 years in the Swedish population. The middle-aged population was divided into two categories of with or without AF and it was grouped into five score strata. The risk of MACCE and mortality were compared and the annual incidence of AF was analyzed across CHA2DS2-VASc score strata. All the outcomes, such as all-cause mortality, cardiovascular death, any stroke, ischemic stroke, coronary events, AF, and atrial flutter, were defined according to ICD-9 as well as ICD-10. Unpaired Student’s t-test was used to compare AF for continuous variables and Fischer’s exact test for categorical variables (percentage). The crude incidence rate was estimated with the exact method of Poisson distribution. Time-to-event analysis was done with the Kaplan-Meier estimator and Bonferroni correct log-rank test. The relative risk of CHA2DS2-VASc score was analyzed by Jackknife pseudo values which were then regressed by Cox regression analysis, and hazard ratios with 95% confidence intervals were derived. The accuracy of the prediction was measured with the Area Under Curve (AUC) in AF and non-AF patients. 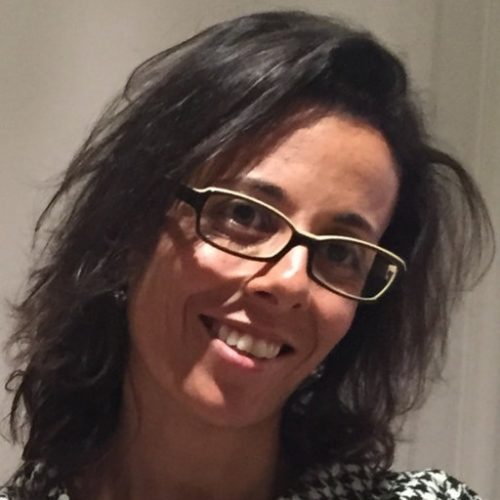 “Our data strengthen current evidence about the concurrent ability of the CHA2DS2-VASc score for predicting new-onset AF and stratifying the risk of stroke, coronary events, cardiovascular mortality and all-cause mortality in non-AF individuals. This may prompt the idea of rethinking current strategies of cardiovascular risk prediction and consider AF itself as an additive risk factor– on top of other CHA2DS2-VASc components – for stroke and major cardiovascular events. Moreover, the evidence of a CHA2DS2-VASc ≥ 4 cutoff attaining the rate of ischemic events matching established safety threshold for oral anticoagulation may pave the way for a rethinking of current dogmas about stroke prevention schemes in non-AF populations.” -Dr. Giulia Renda, M.D. Ph.D.

The investigators reported that CHA2DS2-VASc score helps in non-AF middle-aged population to look out for mortality and cardiovascular risk stratification; predict the risk of incident AF;  a score of  ≥ 4  in people without AF is associated with a similar 5-year absolute risk of ischemic stroke as in a score of  ≥ 2 in AF individuals; and a CHA2DS2-VASc ≥ 4 indicates  an ischemic stroke rate greater than 0.9% per year in non-AF population.

The strengths of the study are a large population, longer follow-up period, and prospective nature. The limitations of the study include the absence of an evaluation of risk factors involved with CHA2DS2-VASc score and oral antithrombotic treatment in the follow-up.

Dr. Renda highlighted the impact on clinical practice and future,” The annual rate of ischemic stroke in CHA2DS2-VASc ≥ 4 patients without AF was above 0.9% per year, exceeding the current advised threshold for the safe prescription of NOACs in patients with atrial fibrillation. The exceedingly high risk of ischemic stroke observed in CHA2DS2-VASc ≥ 4  subjects without AF may provide guidance for a future randomized clinical trial to test the safety and efficacy of direct oral anticoagulants for the primary prevention of atherothrombotic events.”

ILR use led to increased diagnosis of Atrial Fibrillation, but no reduction in stroke or arterial embolism noted: Results from LOOP

Key Points: • In the LOOP trial, patients at high risk of stroke were randomized… END_OF_DOCUMENT_TOKEN_TO_BE_REPLACED